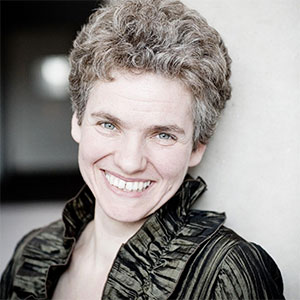 Since she becamed a professional Pianist Jutta Ernst has shown a passionate devotion to chamber music since her studies. Her main focus is on the ensemble Trio Vivente.

As a chamber music partner to Ariadne Daskalakis, Kateryna Kasper, Judith Braun, Magdalena Ernst,  Andreas Rothkopf and others she has taken part in numerous concerts and radio recordings. Her CD of piano and chamber music works by Paul Hindemith was released by TACET in 1997.

Her most important teachers and mentors have been Kirsti Hjort, Christoph Lieske and Bernd Glemser.

She founded Trio Vivente in 1992 with Anne Katharina Schreiber and Kristin von der Goltz. In 1996 they won second prize at the 1st International Joseph-Joachim Chamber Music Competition in Weimar, Germany, as well as the Special Award for Best Interpretation of a Contemporary Piece.

As an educator she has dedicated herself for many years to teaching children and young people at the state-run school of music in Saarbrücken.  Since May 2000 she has also been teaching at the Hochschule für Musik HfM Saar. 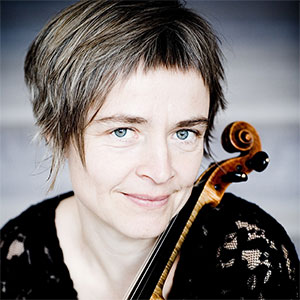 Anne Katharina Schreiber became a member of the Freiburg Baroque Orchestra  while still a student of violin under Rainer Kussmaul in 1988. She has travelled worldwide with the orchestra, giving concerts and recording numerous CDs, some as soloist. She has remained with the ensemble to this day as a soloist, concert master and director of her own projects.

Apart from the above she is also concert master with other ensembles such as the Basel Chamber Orchestra, the Collegium Vocale Gent and the Akademie für Alte Musik Berlin, among others.

With her love of chamber music, alongside her work with Trio Vivente,  she also collaborates with such respected figures as  Isabelle Faust und Jean-Guihen Queras in changing formations (2018 and 2020 saw the release of CDs of Schubert’s “Oktett” and Schönberg’s “Verklärte Nacht”).
Anne Katharina Schreiber has been teaching at the College of Music in Freiburg since October 2007. 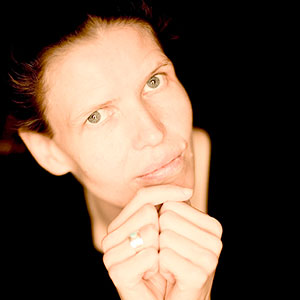 Whether on the concert stage or in her teaching capacity, the cellist Kristin von der Goltz  has devoted herself to an intensive study of both the barock and the modern cello.

As a solocellist, chambermusician and artistic director of numerous concerts and ensemble projects,  she is also in demand internationally as a teacher. She has worked with Nicolaus Harnoncourt, Marc Minkovski, Kristian Bezuidenhout, Isabelle Faust, Gerold Huber, Dorothee Oberlinger and Hille Perl, among others.

With the Freiburg Baroque Orchestra (1991 to 2004) and the Berlin Baroque Soloist (since 2006), she has recorded several  CDs and undertaken concert tours around the world. She was a regular guest at the Barokkanerne Norwegian Baroque and the L‘ Accademia Giocosa as artistic director.

Kristin von der Goltz studied with Christoph Henkel in Freiburg and William Pleeth in London, where she became involved with the Hanover Band and the New Philharmonia London. Today she is Professor of Barock Cello at the HfMDK Frankfurt/Main and the college of music in Munich.

She has released  solo CDs on the label Raumklang to outstanding reviews.